Meatballs are a great opportunity to add a little extra unseen veg into a meal. This bake is full of extra veg in both the meatballs and the sauce and the kids can’t get enough of it!

This looks like a very long ingredient list but it’s only because you’re doing the meatballs and the sauce and throwing a few extras in for good measure!

Pick up a handful of the grated courgette and carrot and squeeze as much juice out into the sink as you can then use a paper towel to get the last moisture out as in the picture.

Put the onion, squeezed carrot and courgette into a large bowl 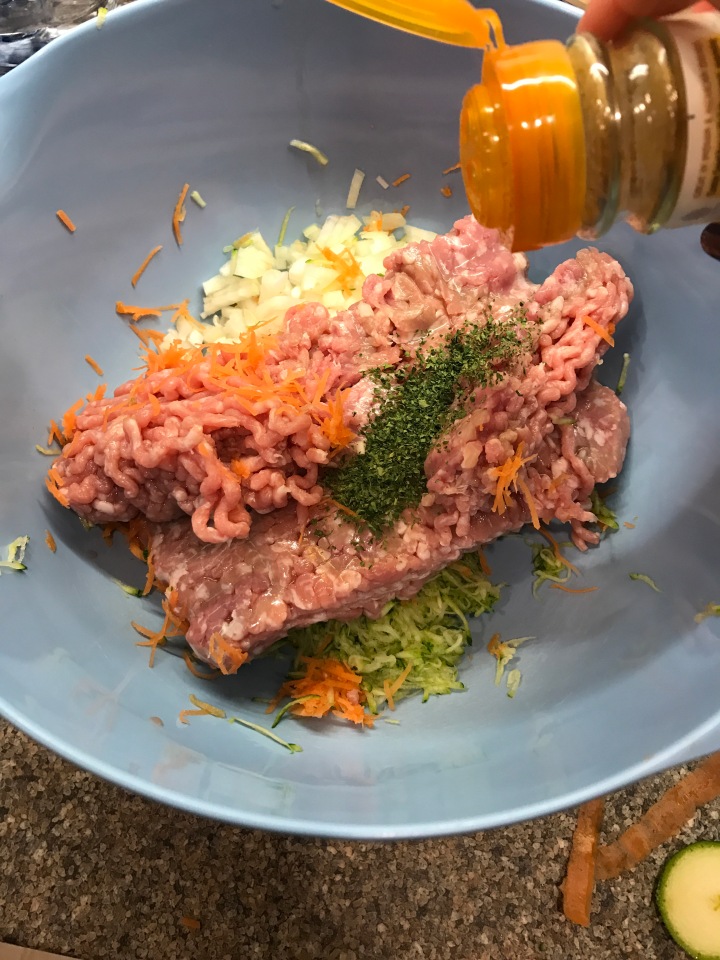 Add 1 tsp of cumin, 2 tsp of parsley, plenty of black pepper and a tablespoon of Worcestershire sauce 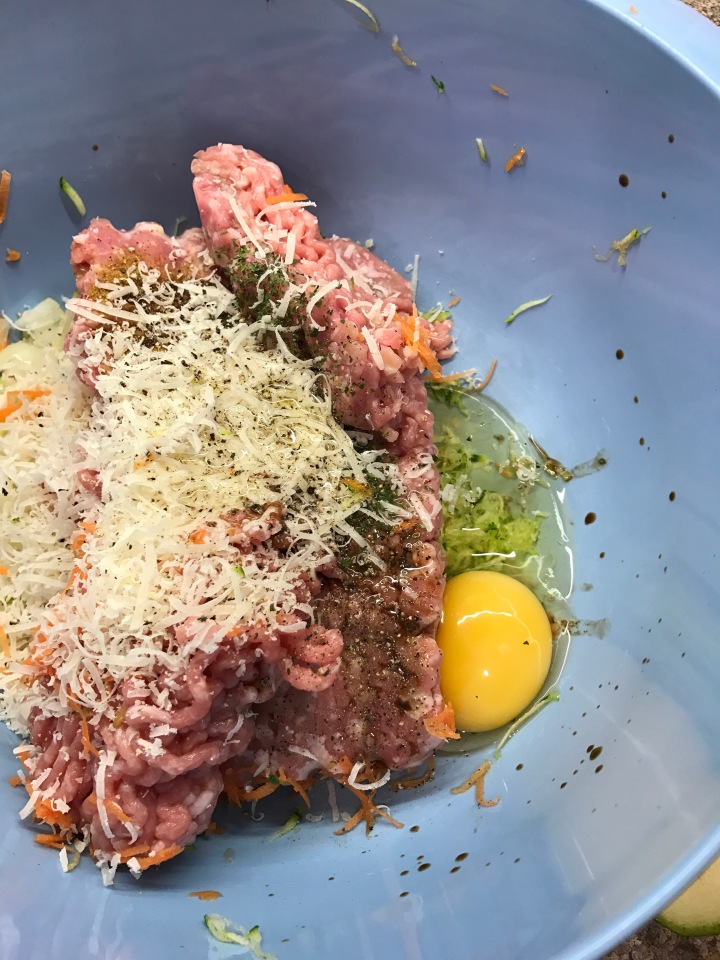 Then an egg and a tablespoon of olive oil.

Grab a small handful of the mixture sand fork into a ball. Put the balls onto a baking tray

Meanwhile- Finely chop the large onion, cut the pepper into small cubes and cut the cherry tomatoes in half. Also- finely chop the garlic (forgot to do that before I took the pic!)

Heat a little olive oil in a pan and add the onions. Cook on a medium heat for 5mins 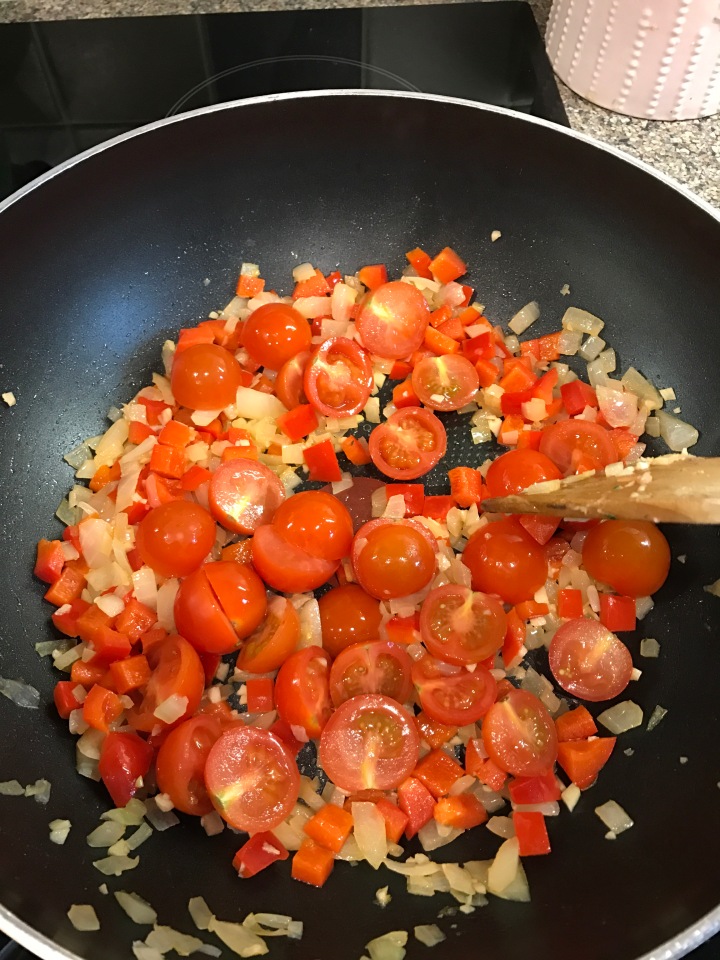 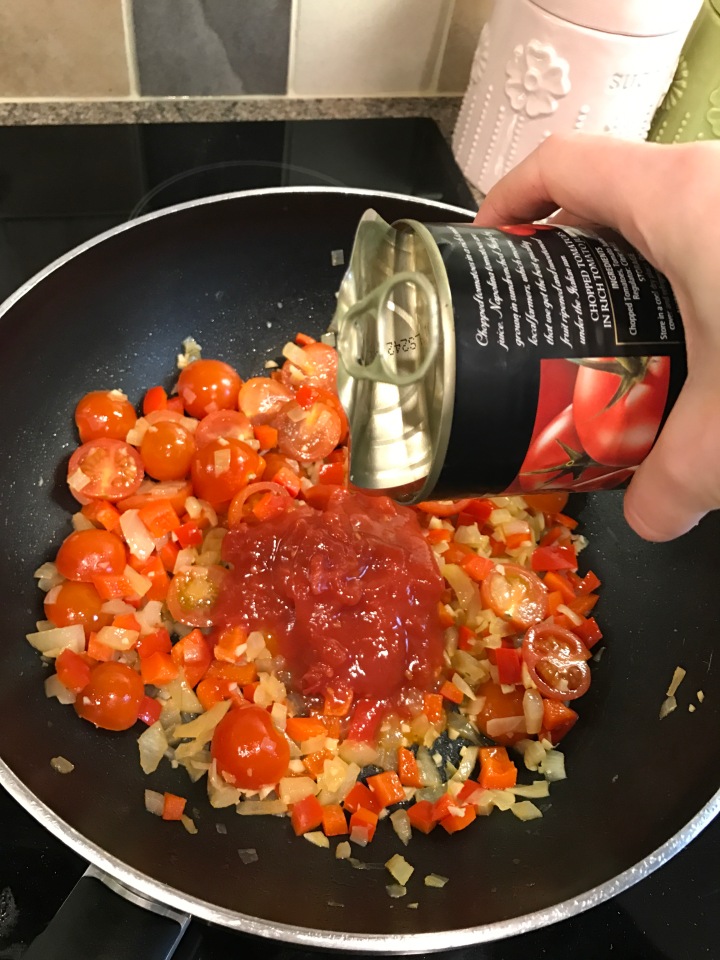 Add a tsp of basil, a tsp of oregano, a tsp of marjoram, plenty of black pepper and a little salt 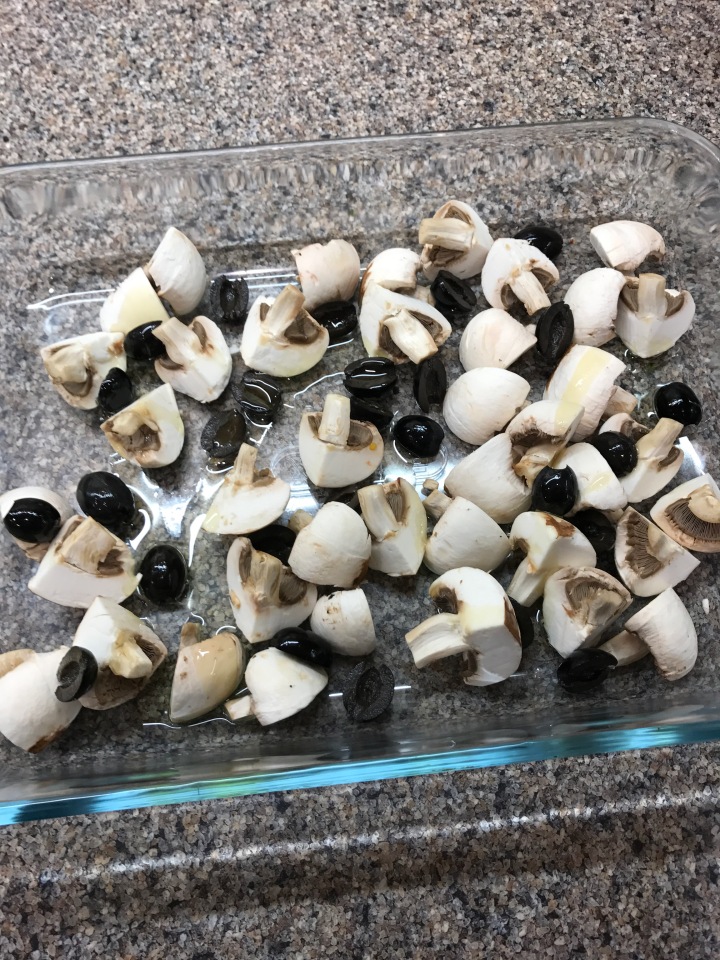 Meanwhile- peel and chop 10-12 mushrooms into quarters and cut a handful of black olives in half. Put them into the bottom of an oven proof dish and drizzle a little olive oil over. Pop into the oven for 10mins

When the meatballs are cooked remove from the oven. A little ‘leaking’ like this is normal

Take the mushroom dish out of the oven and add the cooked linguine, mixing it with the mushrooms and olives

Place the meatballs on top of the pasta

Pour over the tomato sauce

Grate plenty of cheddar over the top. You could add some mozzarella too if you like! Pop back into the oven for 20-25mins.

Try not to eat it all at once!!