This is definitely not a healthy one!! But it’s Christmas and I don’t object to the occasional treat- I’m just not a fan of giving huge amounts of sugar on a daily basis!

I absolutely love meringue with cream- we’ve put a wintery twist on this classic and let the toddler join in the process. Then I threw some berries into the mix so I felt a little better about it! 😂

Tubes of icing for decoration 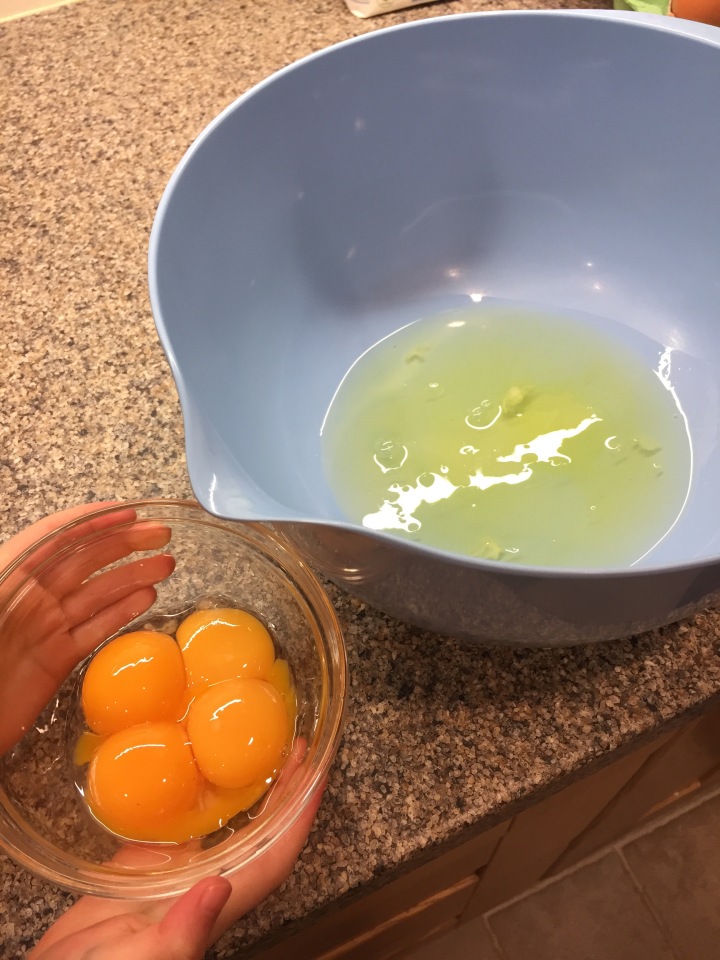 Separate the eggs. You can throw away the yolks or keep them for something else. Put the whites into a large mixing bowl.

When you get to the point where the mixture forms little peaks when you lift the whisk out (and it’s not wet underneath) you can move on to the next step!

Add the caster sugar one spoonful at a time and mix in with the electric whisk on high until you’ve added all 115g. 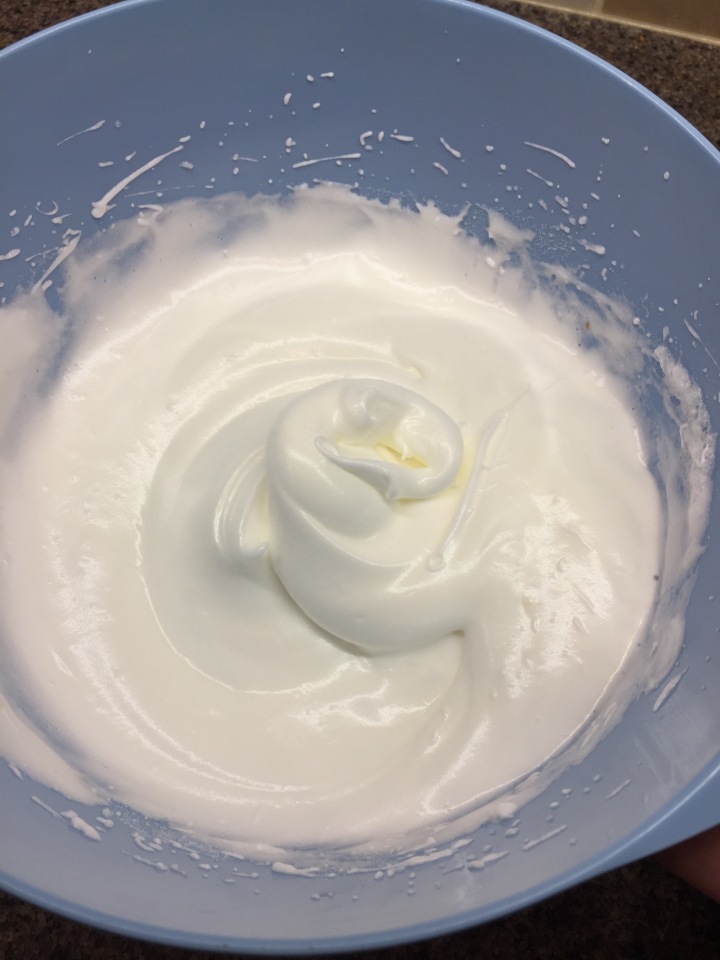 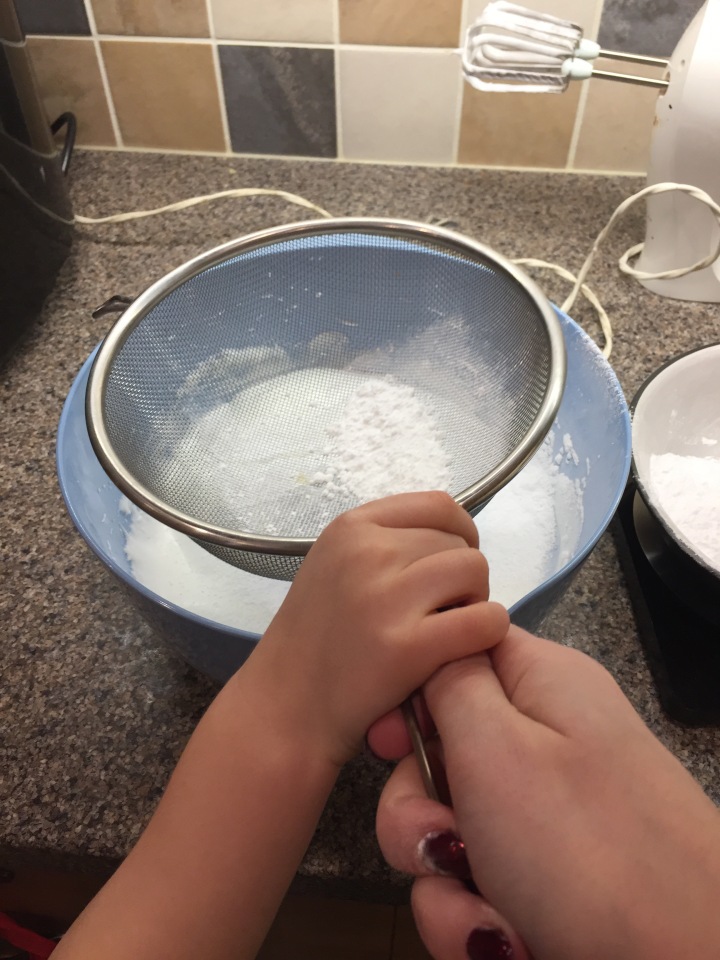 Seive 1/3 of the icing sugar into the bowl

Use a spatula or wooden spoon to ‘fold’ into the mixture. Careful not to over mix at this stage. 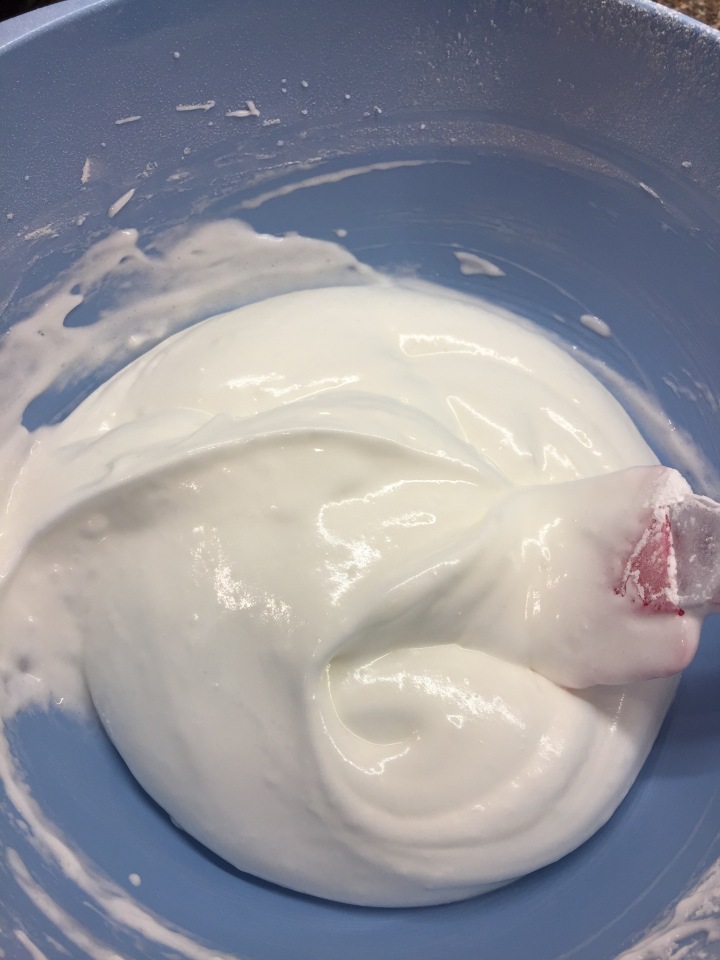 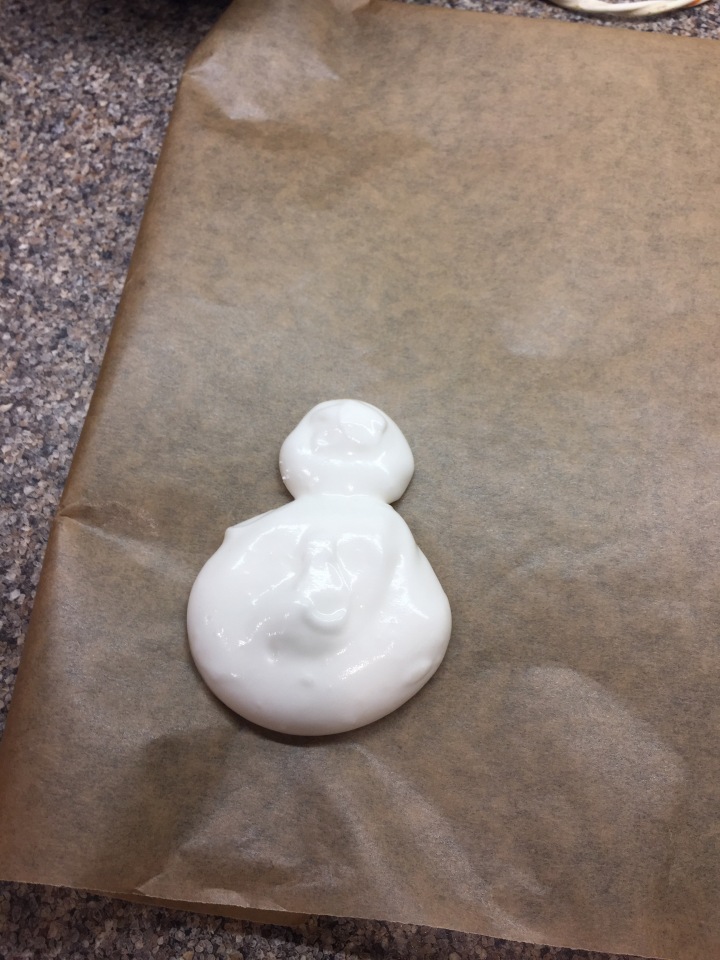 Cover a baking tray with baking paper and spoon a large blob onto the tray for the snowmans body and another smaller blob for the head. The meringue will set pretty much exactly as it looks now so don’t expect it to spread or even out in the oven.

Pop your snowmen into a preheated oven at 150 degrees for 90mins.

Meanwhile put a handful of raspberries, a few strawberries and a handful of blueberries into a blender and blend until smooth. 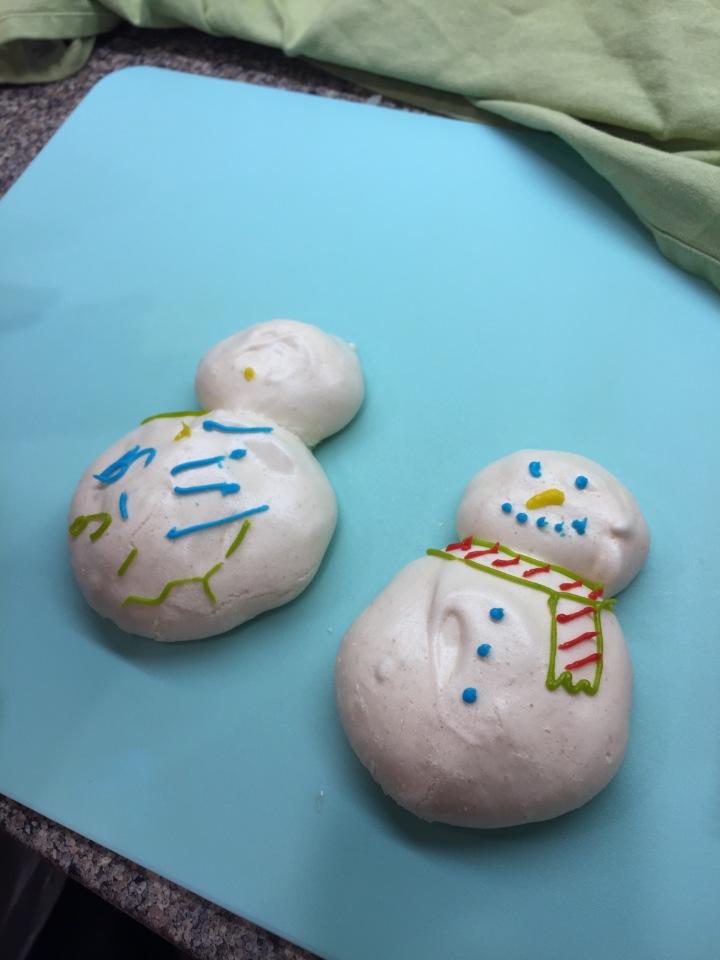 Once the meringue is cooked leave it to cool on a wire rack for at least 30mins. Then you can decorate! We’ve used those little tubes of pre-made icing designed for writing etc. Can you guess which is mine and which is the toddlers?!

Leave the icing to set for 30mins at least.

Add a blob of cream to a plate 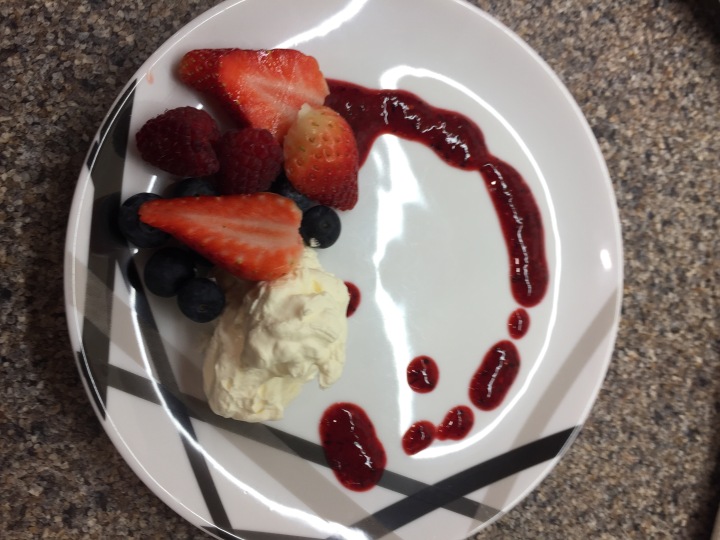 Finally lay on your snowman and enjoy!!