It’s Rhubarb season- my go to recipe for rhubarb is usually a crumble but I thought I’d try something else for a change and it’s safe to say this won’t be the last time I make this- it was so simple and delicious- with very little sugar involved! 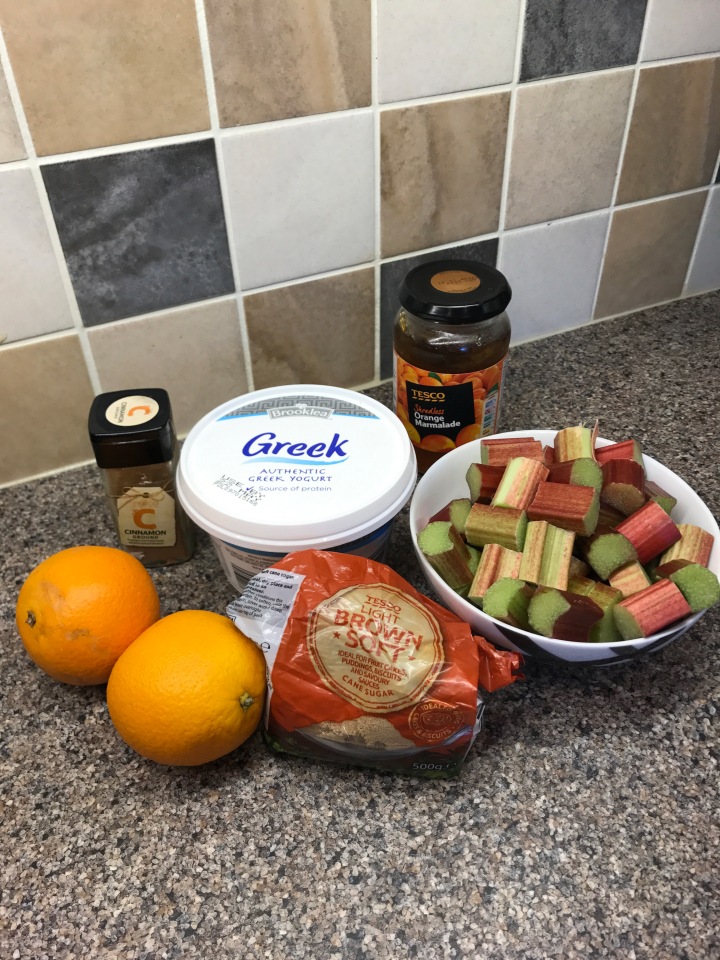 400g rhubarb (I’d already cut mine into 1 inch pieces before I took this pic!)

1 tablespoon of orange marmalade or jam (with no bits in it!) 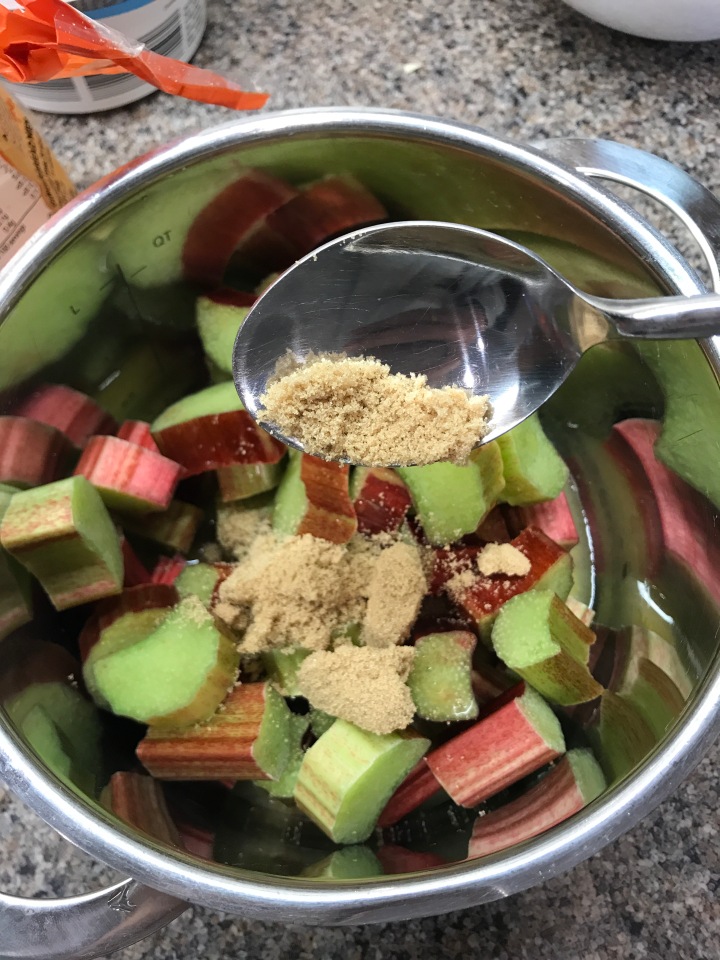 Slice the rhubarb into 1 inch pieces and pop into a pan. Add a tablespoon of brown sugar (a little more if you’d like it a touch sweeter) 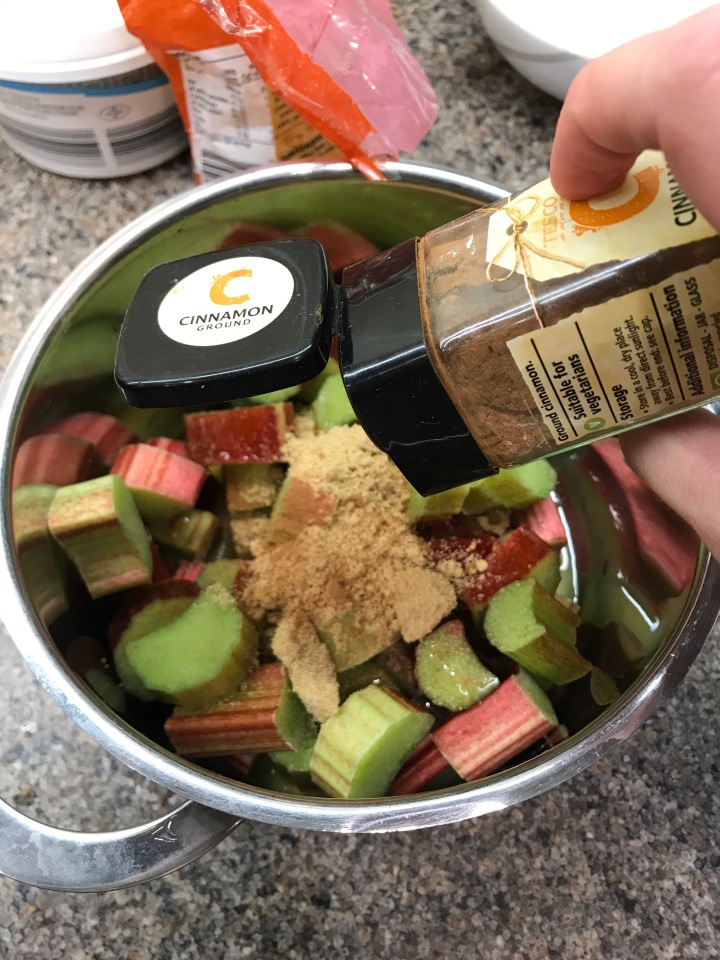 Add a teaspoon of cinnamon to the pan 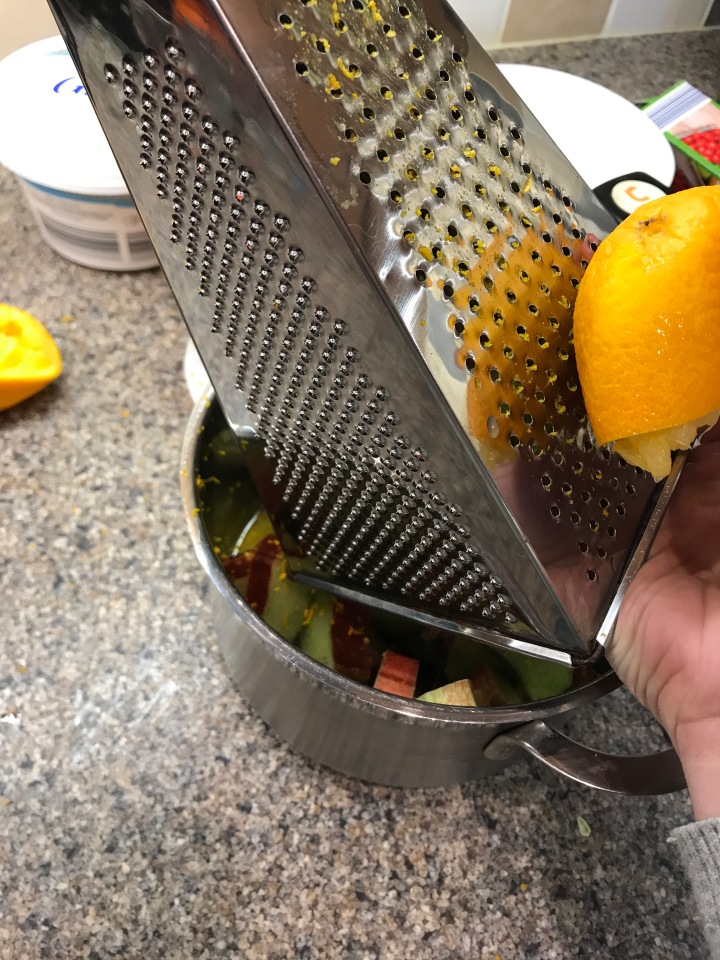 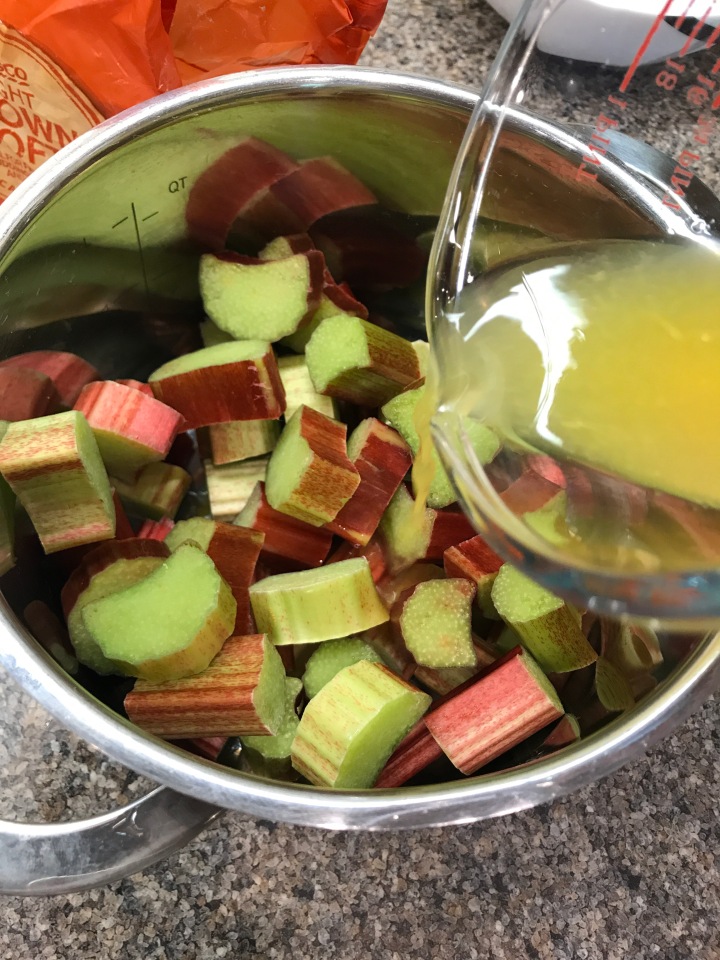 Pour the juice into the pan and mix everything together

Bring to a boil then reduce the heat to low and put a lid on. Cook like this for around 10mins, stirring occasionally 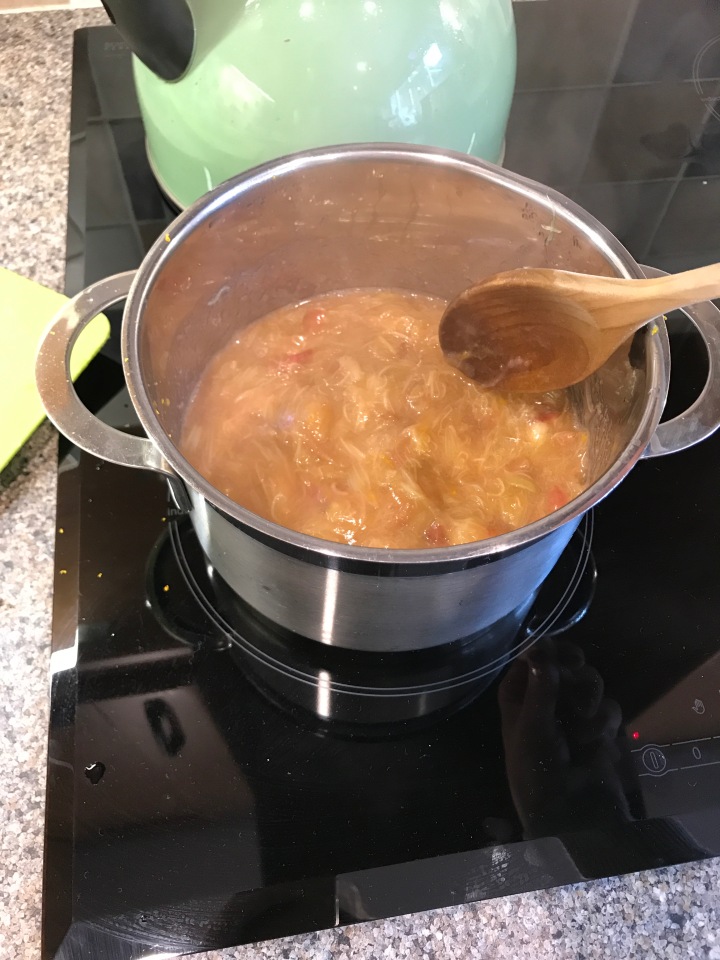 Beat the rhubarb into a paste and add a tablespoon of clear marmalade, mixing well until there are no lumps. 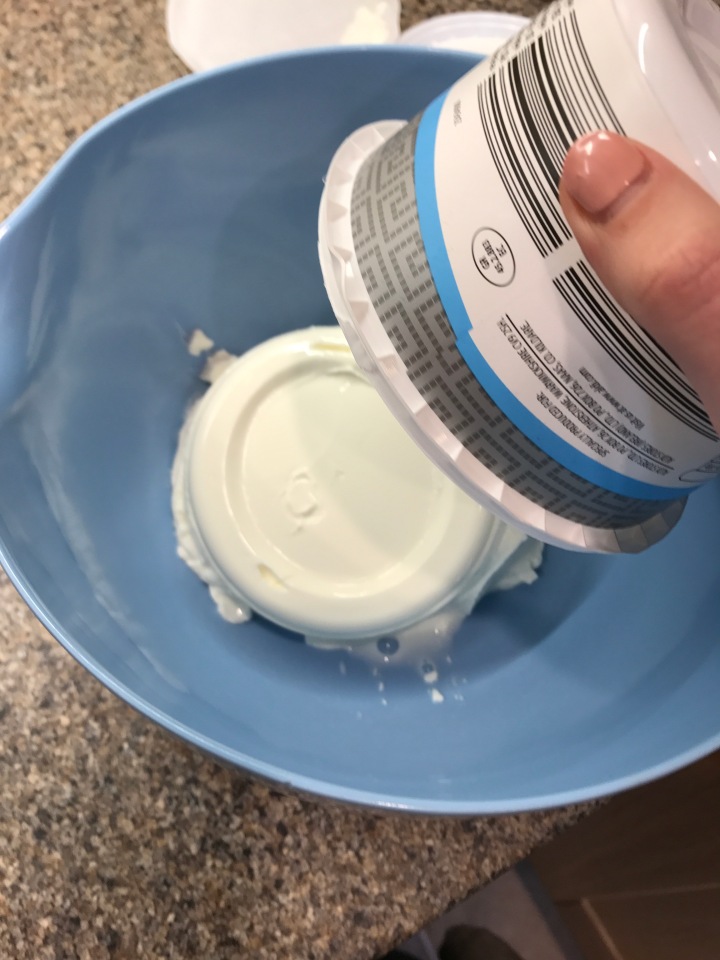 Put the yoghurt into a medium sized mixing bowl 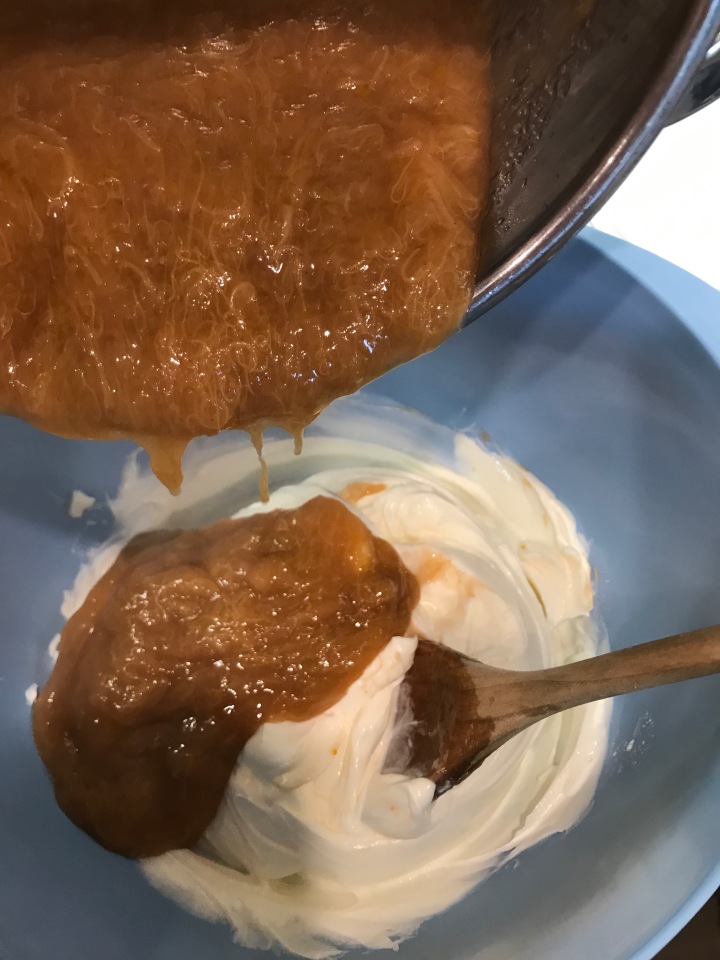 Make sure everything gets nicely blended together

Pour into serving dishes. This amount will do anywhere from 4-8 servings depending on how big you like your portions! 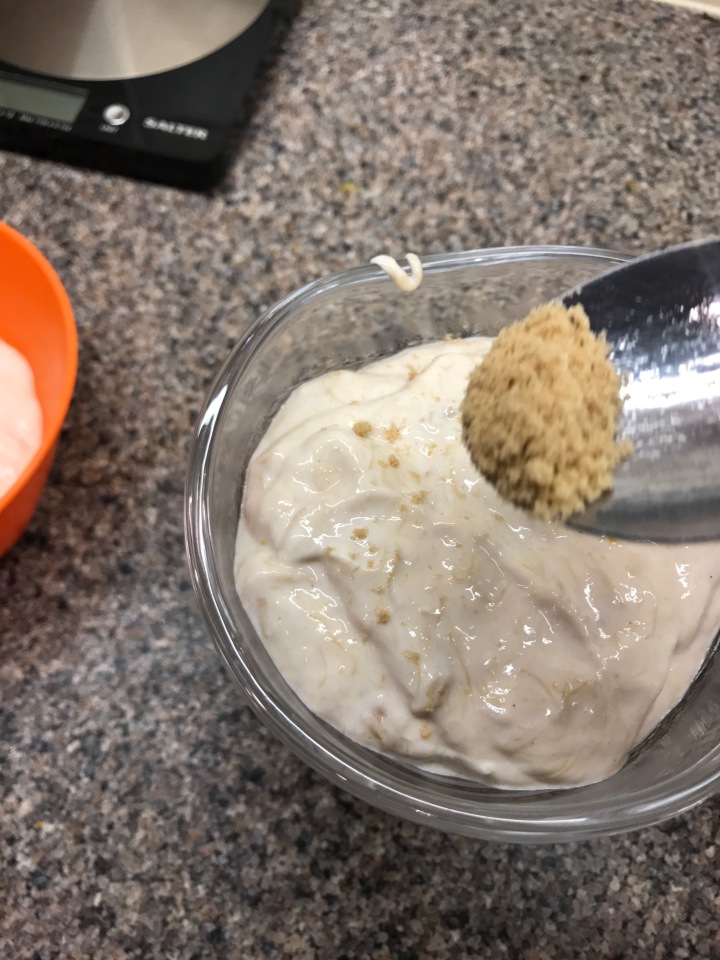 Sprinkle over a little more brown sugar (I skipped this bit for baby’s portion) then pop into the fridge until ready to serve!