Pancake day is coming up so I thought we’d do some savoury pancakes as an alternative to the regular lemon & sugar versions! The pancakes themselves are exactly how I’d make them if I were doing sweet ones- it’s the filling that differs!

The combinations that would work are endless. Feel free to replace any of the cheeses with grated cheddar if you prefer too!

Sieve the flour into a large bowl 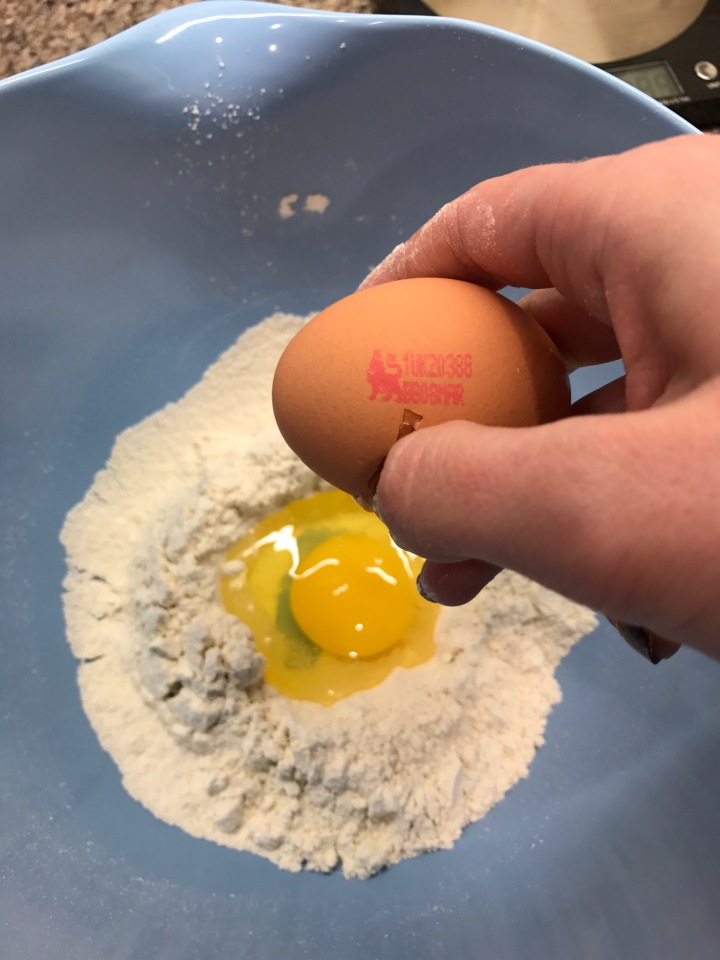 Use a whisk to stir constantly, gradually incorporating more of the flour as you pour the milk in as a constant trickle. Once you’ve poured all the milk in and have a smooth mixture pop it into the fridge while you prepare your fillings. The batter is best left to rest for 30mins.

When you’re ready to start cooking the pancakes heat a small frying pan on a medium-high heat and pour a little oil into it. 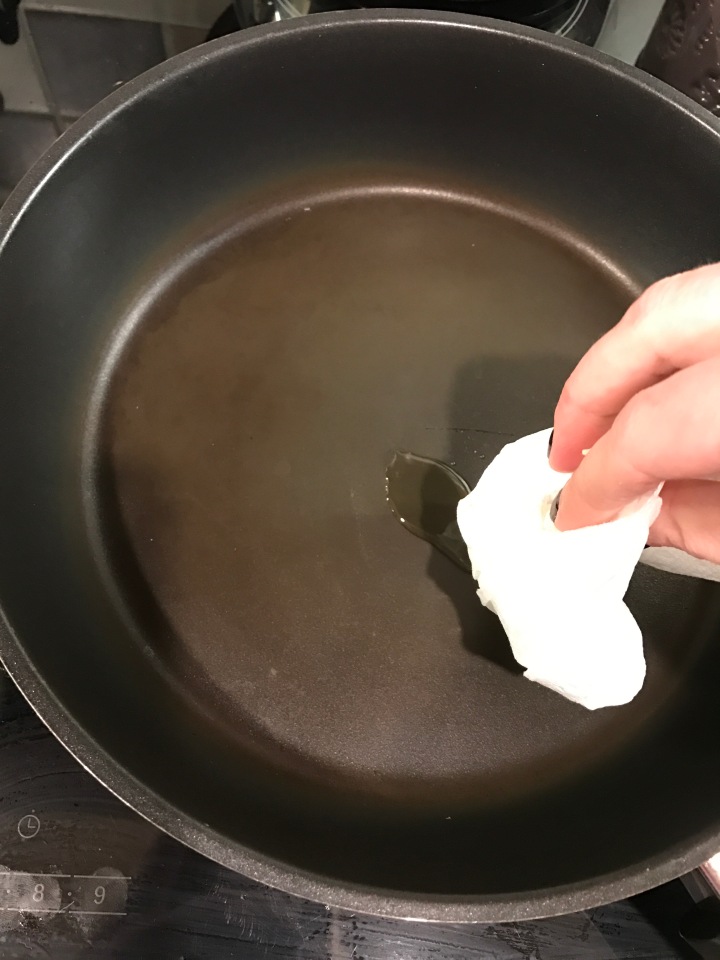 Use a ladle to drop a little mixture into the pan and take it off the heat immediately.

Tilt the pan to spread the mixture. Do this as quickly as you can otherwise it will start cooking and won’t spread! 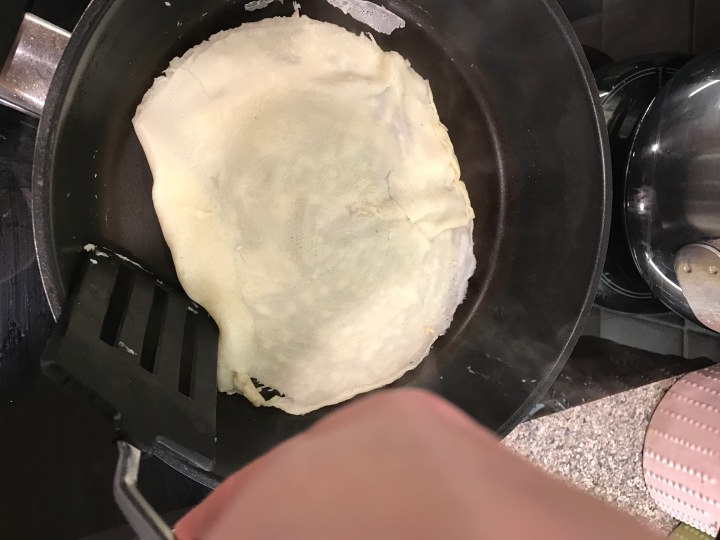 Return to the heat for 1 minute then start to work the edges away from the pan with a spatula before flipping it!

Cook on the other side for 1 minute. Then pop onto a plate in a low oven (80 degrees ish) to keep it warm while you repeat the process!
Ok- so for my fillings!

Cut the cheese and pepper into cubes

Spoon on the peppers and feta onto a pancake 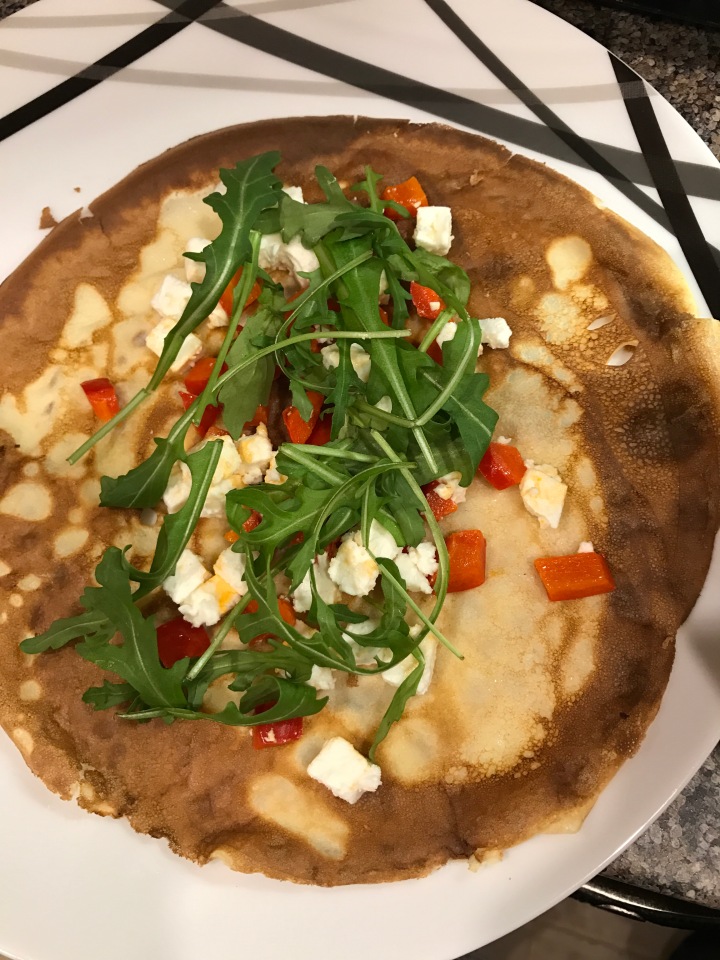 Sprinkle over some rocket

Then roll up and pop into the low oven to keep warm until you’re ready to eat! 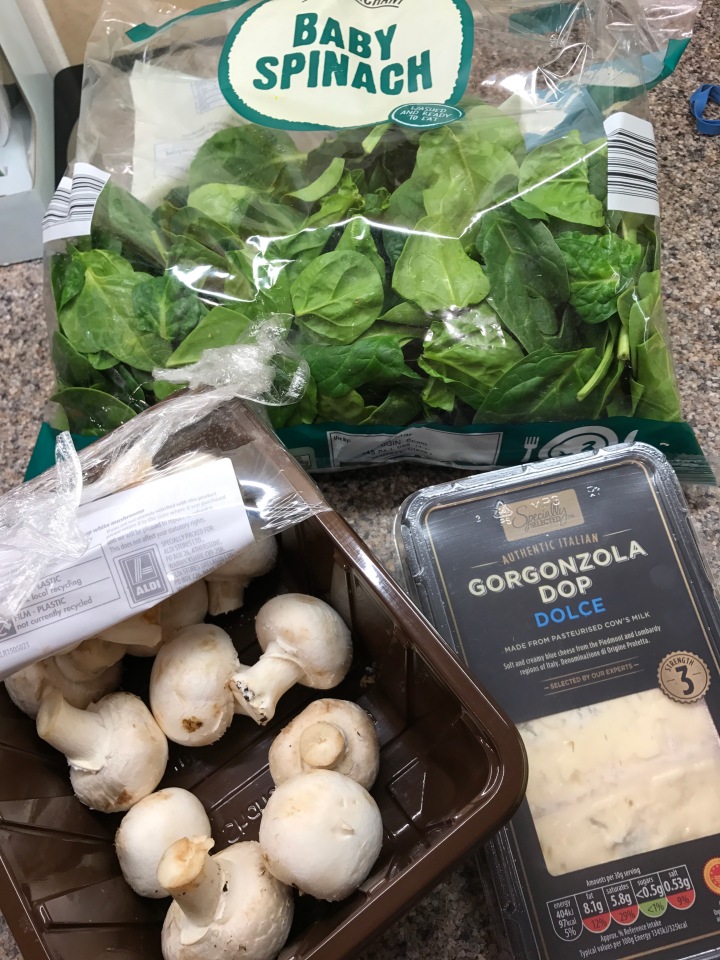 Peel and slice the mushrooms (allow 2 mushrooms per pancake)

Cut the Gorgonzola into small cubes 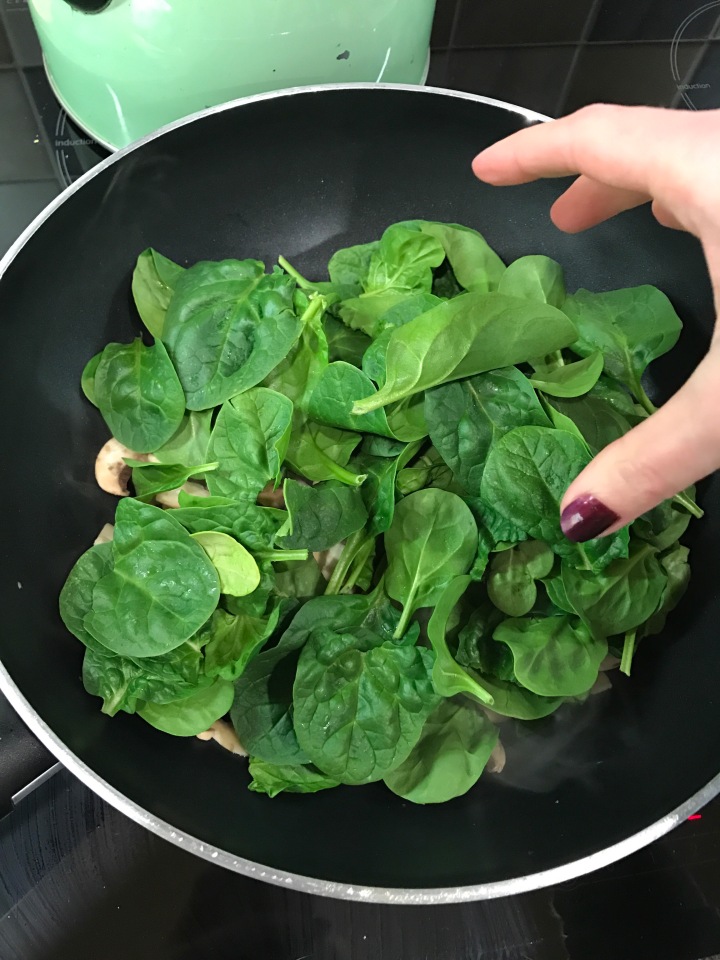 Add a couple of handfuls of spinach to the pan and stir until wilted.

Spoon the mushrooms and spinach into a pancake

Roll up and pop into the oven. If you want the cheese to melt turn the oven up and cook for 10mins at 180 degrees. 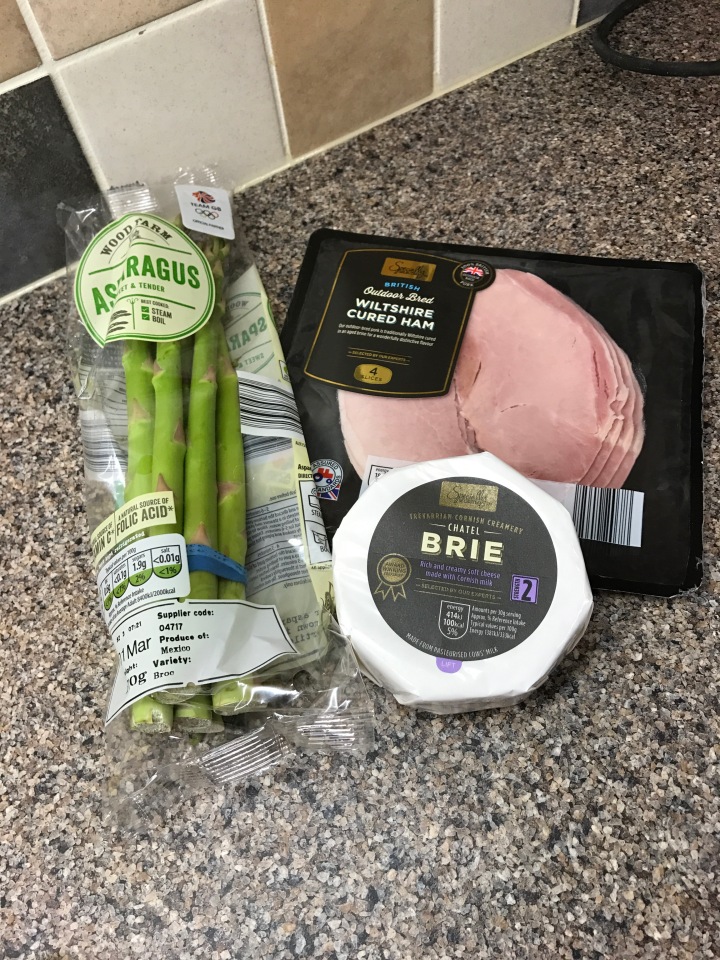 Cut the woody ends off the asparagus

Put into a bowl with a couple of tablespoons of water. Cover with cling film and pierce it a few times. Pop into the microwave on high for 3mins to steam. Take the cling film off as soon as it’s done.

Put a slice of ham on the pancake

Place the steamed asparagus on top

Then place the Brie in too 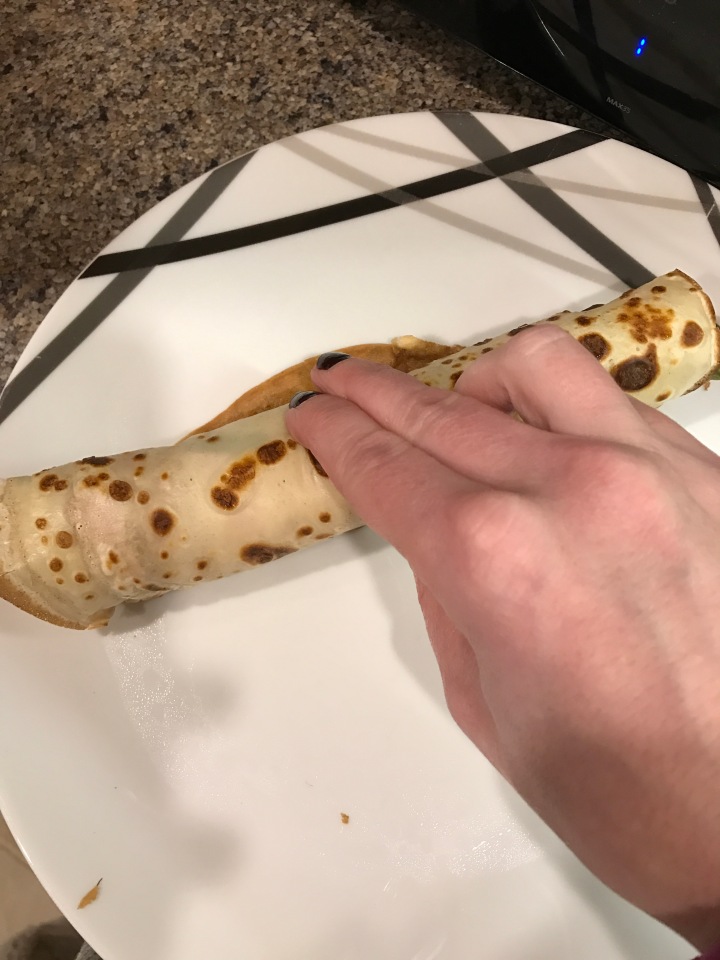 Roll up and pop into the oven. If you want the Brie to melt turn the oven up and cook for 10mins at 180 degrees.

Serve your savoury pancakes with a bechemal or cheese sauce!